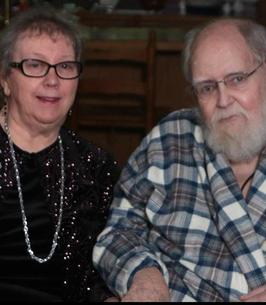 G.( George) Frederick Carpenter was born in Jamestown, NY on September 16, 1937. Died Feb 5, 2022 at 10:12 am at 84 years of age. Son of Dorothy Robbins Carpenter, and father Fredrick Alan Carpenter. He lived in Lakewood NY . He was a floor manager of electronics at Sears, and later worked at Ring Punch and Die as a engineer designer. Designed windows at Hope’s windows. He moved to LaGrangeville, NY and owned a rustproofing business Ziebart for many years. He then worked for Shippin Out as floor manager and designer of brass restaurant equipment. Moved to Tumbling Shoals Arkansas in 1989. Employed in Mountain View at Ozark America as engineer designer and floor manager. Fred later was employed at Aromatique as a manager and shipping designer. He retired in 1997 from Aromatique, and started his own Fish Dinner Lure company. Fred was a avid fisherman, and made many friends on the lake. He sold over $5000 hand made lures. One year he caught over 1000 fish. He kept a log. He was a member of the First United Methodist church of Heber Springs. At one time he was counselor of the church youth group MYF in Lakewood.

In addition to his wife of 62 years, Cynthia, he is survived by one son Brian D. Carpenter, 3 grandchildren, Nicole, Alana, and Chase Carpenter, 1 great grandaughter Hazel Marie Carpenter. Many more nieces and nephews and many friends. He was preceeded in death by his brother William C. Carpenter, and two sons Robert A. Carpenter, and Nathan F. Carpenter .He wished to be cremated.